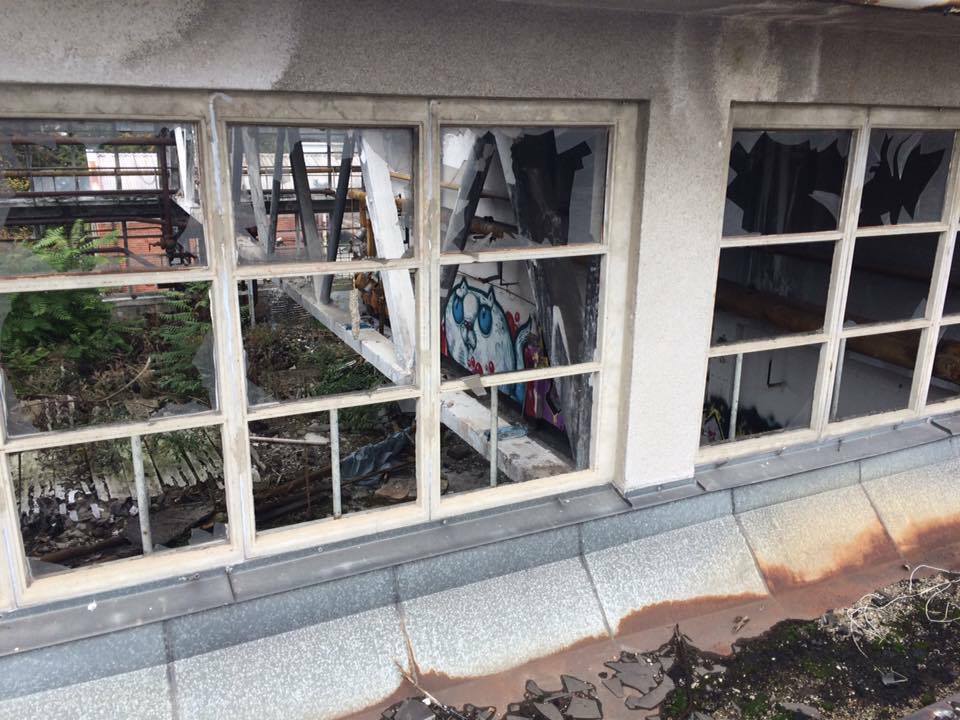 Occupying the space of an abandoned building to house social events or reclaiming an unused building and utilising it for your temporary living quarters, your residence. To squat. The term, act, and people (squatters) often has negative connotations attached and perpetuated by the media – lazy scroungers and dangerous hippies. However squatters holds more importance than these bias stereotypes. From bringing to light the extent of housing shortages within the city, to the wider urban struggle and nonconformative, anticapitalist movements, the counterculture of squatting has long been a tool for political protest and dissent.

In 1969 the London Street Commune (LSE) occupied 144 Piccadilly, a mansion house on Hyde Park Corner. Travellers, hippies, youths and the homeless began filling the multi-storey building, a make-shift drawbridge was erected to keep out the disagreeing community, and banners hung from balconies and windows. “ALL HOMELESS WELCOME”. Their original agenda? First of all to provide shelter for the homeless, but also to protest and challenge the contradiction between the lack of available housing and the many unused buildings dotted about the city.

Movements such as these have been, and still continue to be echoed all over Europe. They are seen as a strong force for change, not just for the homeless plight but for the wider disenfranchised community. Squatting highlights a much deeper and subversive agenda of resistance against the dominant hegemonic forces of neoliberalism.
Reciklaonica (literal translation: Slaughterhouse), based in Zagreb, Croatia,  is an example of a squat that challenges the capitalist political system through creative resistance. It subverts the prescribed social norm of work, eat, sleep; of working to survive whilst the monopoly of multinational corporations reap in the benefits of their worker-slaves.

I first stumbled across this self-imposed, isolated community with my friend, Jean, as we were hitchhiking around Europe, camping or crashing at various kind strangers’ houses. I had stayed at a friend’s house the night before (Stan, a PhD Chemistry student  met at Medika – an independent cultural and creative hub in Central Zagreb). In the morning he got in touch with some friends of his at Reciklaonica, to see if I could stay a night at their squat. They were happy to house us both for a night.

So we caught a tram across the city and landed outside a modern shopping mall. We passed through and walked into an abandoned complex of dilapidated industrial buildings. I felt as though i had suddenly stepped outside of the city. A forgotten land with overgrown grass and sprouting weeds surrounding concrete floors and small brick structures. Street art peered out the darkness behind broken walls until we came to a dirt track that ran down the side of the complex. In the distance I could see two figures, an average-sized male wielding an axe and a taller male dragging a basket with a much larger axe slung over his shoulder. We were heading towards each other with no one else around. Stan’s unflinching gait was the only thing to comfort the impending interraction as he continued unnervingly towards these two ominous strangers as if he knew them. He did know them. They were housemates of Reciklaonica.

We introduced ourselves and they very kindly told us to let ourselves into the building whilst they went out to collect firewood. Stan, having been there before, led the way past a door with the words Free Shop graffitied above, and around the corner to another steel door. To the right was a large wall painting of a guy I am told used to live here but has since passed away. The writing beside read ‘One Of Us’.

We continued through the door and up a flight of stairs, passing yet more paintings and slogans plastered across the walls. Upstairs was another door with a contraption made from a half-filled water bottle and a rope that fed through a hole in the door – its purpose was to give weight so the door would shut automatically after being opened – ingenious. Inside there was more art strewn creatively on every surface; homemade furniture and sculptures gleaned from scrap materials; stickers and slogans of activism and equality, freedom, anti-nazi, pro-feminism, anarchy, pro-life. The multiple bedrooms, a kitchen, preparation room, living area with a rooftop garden (accessible by crawling out of the window) boasted enough space for the seven or so hospitable housemates. In fact, after eating homemade pizza’s together that evening Jean and I shared a guest bedroom with about six double beds to choose from.

The first obvious sign of Reciklaonica’s resistant qualities is clearly the fact that they occupy this space illegally, choosing to live in a space for free and not pay any sort of tax to a government they don’t believe in. Within the neoliberal paradigm urban space is determined by its potential profitability, which means housing is given to those who will pay rent or tax. Here the housemates defy that rule simply by residing in an unused building to avoid paying tax.

Similarly, graffiti and street art is deemed illegal because of its inherent nature of being applied to any surface of the urban topography. Therefore it is very difficult for local councils to create capital from a subcultural movement that acts to avoid being commercialised. The community of Reciklaonica used this transgressive creative act like the wider street art culture does (or at least the origins of street art does), to express personal and collective desires through art. 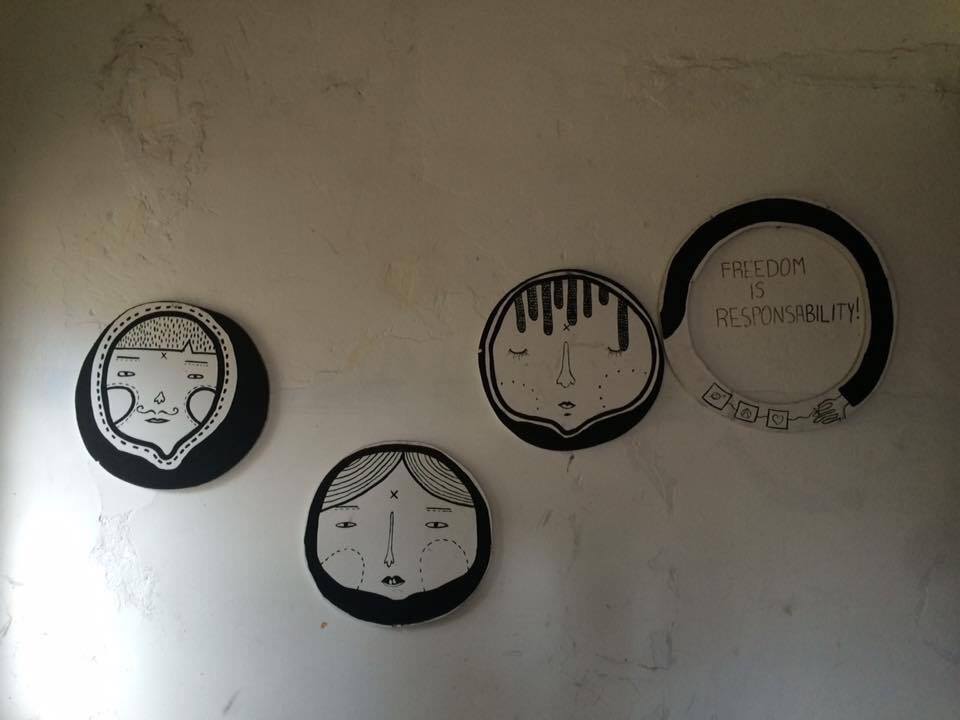 Using street art, political or otherwise, to undermine the neoliberal appropriation of urban space (space reserved for practices that yield capital) is subverting the capitalist system as much as squatting itself is. Likewise, the FreeShop we walked past earlier, which allows anyone to take, leave, or swap items of clothing for necessary weather conditions, is also subversive. It is within these subversive acts that a resistant community is built.

Reciklaonica is not a community that aims highlight homelessness and a housing shortage like the LSC, however it is an autonomous community that tries to defy the neoliberal paradigm by acting against it in whichever way possible. Of course to resist the system in this manner may seem contradictory because Reciklaonica uses the products of the system, but it is by working within the system and against it that resistance begins, for it is arguably impossible to operate completely outside of capitalist system.