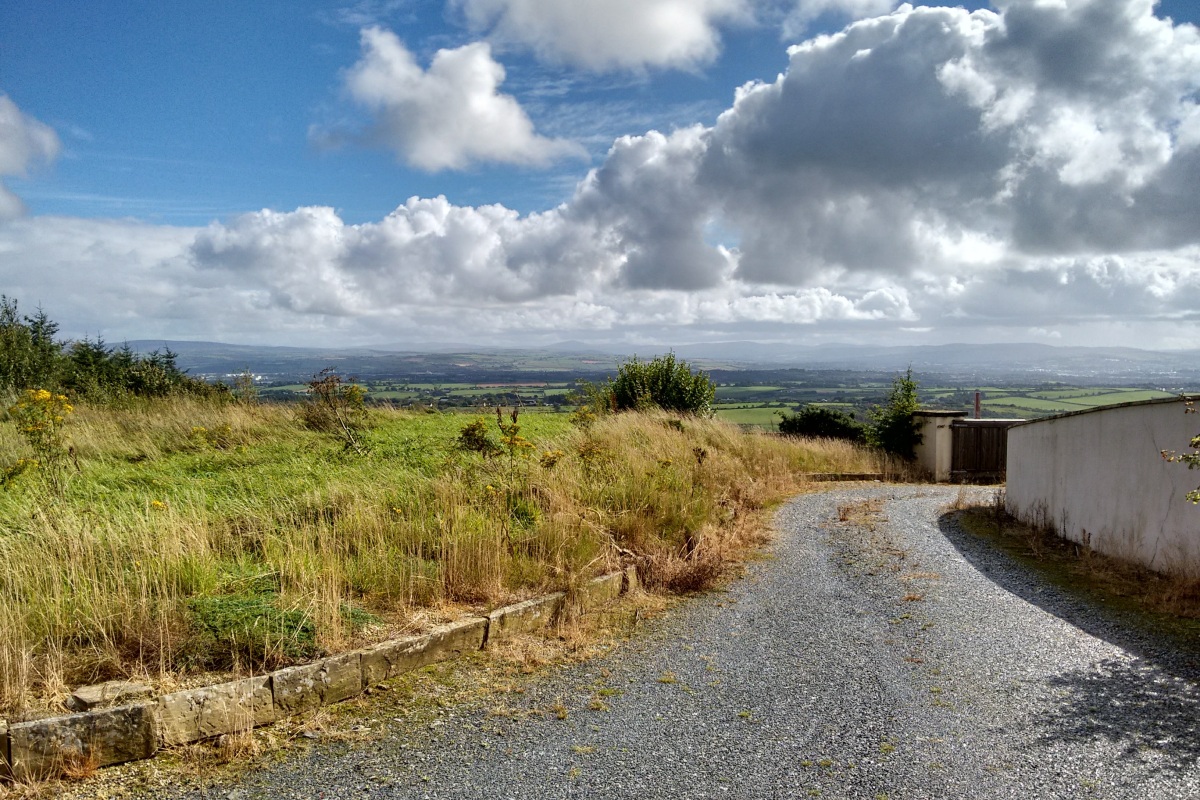 In the days following my arrival in Ireland from America, I’ve learned a few things; driving on the left side of the road is terrifying, food tastes better when you’re on holiday, and I don’t love the rain as much as I thought I did.

But mostly, I’ve learned that the image of Ireland that Americans conjure does not exist, and may never have. Things have changed since the filming of The Quiet Man, but that might not have been real even then.

There are two conflicting portraits of Ireland that are painted by the Hollywood-influenced consciousness; the peaceful and idyllic country full of simple villages, and the war-torn ‘old country’. My entire vision of the country was colored by these contradictory portrayals. While it was not surprising to find that one of these versions was wrong, actually it was expected, but I found that both were completely wrong.

On the first matter, the country has modernized considerably. In the words of Irish author John McGahern: “Ireland is a peculiar society, in the sense that it was a nineteenth century society to about 1970 and then it almost bypassed the twentieth century.” So, while the Hollywood portrayal of Ireland as a country stuck in the past may at one time have been accurate, it certainly no longer is.

However, there are several family farms. But the fact that there are still farming communities merely indicates a lack of corporatization of agriculture and not an absence of technological advancement. 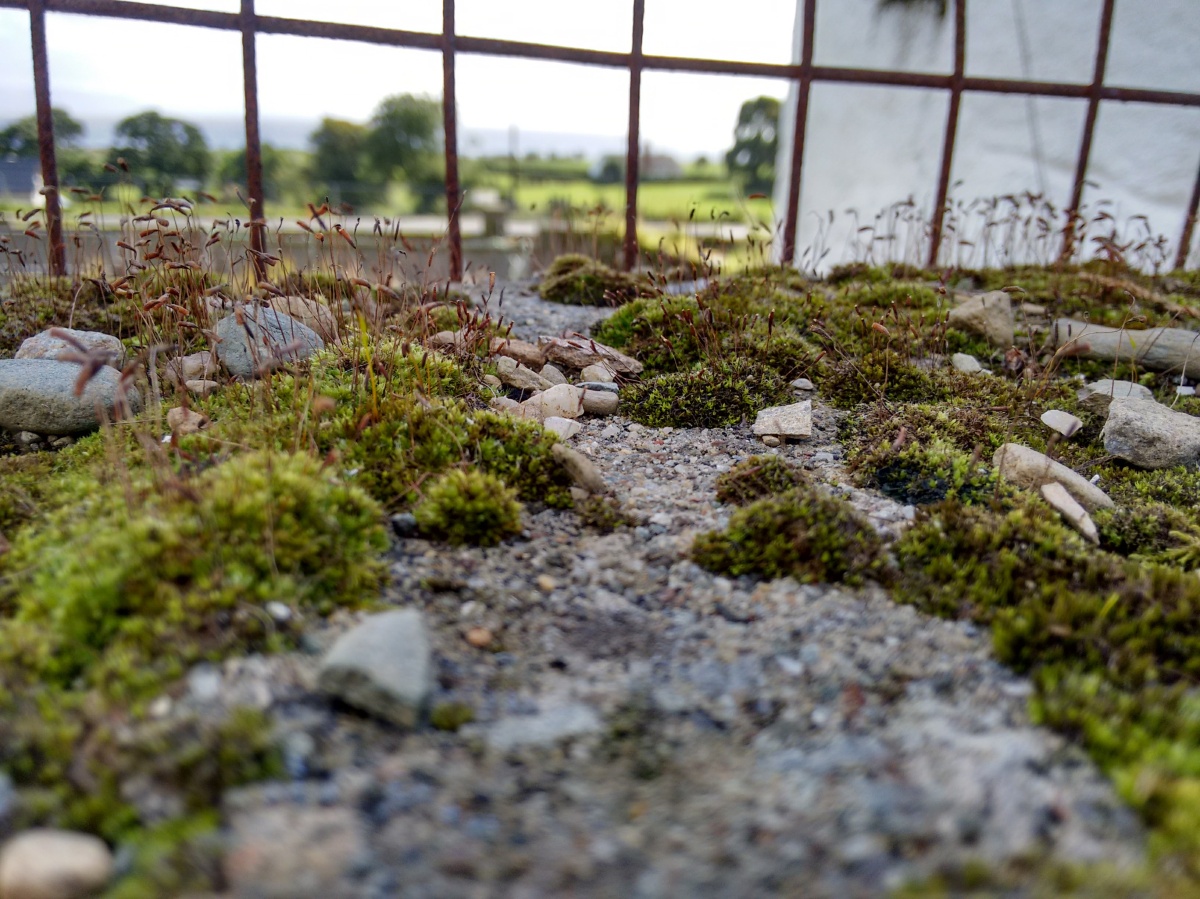 There is also a substantial influx of foreign influence and investment. GE is building a biomedical plant near Cork, a move estimated to make over 500 new jobs. Chinese and other investors are pouring in, buying stakes in companies and property. There are vast amounts of immigrants from all over the EU and beyond. All of the interest has evolved Ireland into something of a small melting pot, especially larger cities like Dublin and Limerick.

All of these factors and many more have changed Ireland from a quaint and homogeneous little island nation into a rapidly changing organism.

On the other hand, though, there is the other side of paradoxical coin. Hollywood tells us that Ireland is at constant civil war, fighting itself to death. Does this Hyde live while the Jekyll dies?

First, a bit of history. Until the Good Friday Accords in 1998, Ireland was constantly being destabilized by a war between partisan groups. One of those groups, the IRA, demanded that Ireland and Northern Ireland (which was and is under British rule) be united into a single island state. The North, however, is populated mostly by Protestants, who feel more of a cultural tie with Britain than Ireland. So some Protestants took it upon themselves to defend the United Kingdom.

Needless to say, things stayed pretty intense between these various parties. Car bombings, shootings, and other acts of violence became common place, particularly in the contested areas of the North. This era became known as ‘The Troubles’. *

Meanwhile, Americans became enamored with the idea of a fight just on the other side of the Atlantic. As people are wont to do, they romanticized the conflict, ignoring the horrors.

Some believe the struggle to continue. They imagine a country filled with resentment to the other side and constant suspicion.

However, that mostly ended with the aforementioned accords and a slow disarmament. While the tension has not disappeared, it has lessened drastically. In fact, free movement between the North and the Republic is now possible, to the point where I have lost track which country I’m in; an advertisement with a £ instead of a Û being my only hint.

Of course, nothing is every truly over. There are still many people who hope to see a united Ireland. However, most of these are now organized into political groups instead of paramilitary ones. Granted, those still exist, but they are much smaller now and mainly operate in Belfast and Dublin.

So that’s it. The fantasy is cleared, showing a modern, cosmopolitan and complex country in place of the hazy outline that existed before. Of course, I’ve only been here a couple of weeks, so my view will continue to change and grow. Maybe I’m completely wrong. Maybe The Quiet Man was practically a documentary? But I don’t think so.

*Please note that this is just a quick summary of the basic players in the conflict. It is not to be taken as a complete sequence of events. There are several historical reasons for the conflict, going back to the Norman invasion of Ireland in the 1100s. Any attempt to understand modern Ireland should take into account all the major events in the island’s history, which could not be provided in this short article. 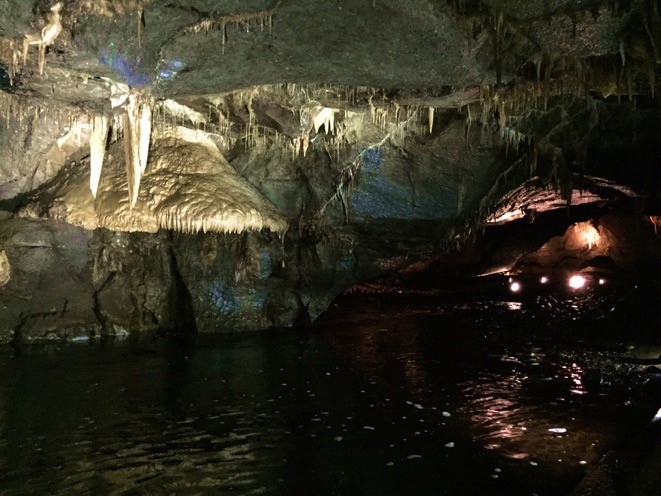 Northern Ireland will always have a special place in my heart. I’ve visited more times than I can remember on annual family visits and it really does feel like home.

But it’s only since my last visit that I have begun to see more than the places I visit every year, and discover Northern Ireland all over again.

On an average family holiday, we would go to Belfast, the capital city on the Eastern coast. But in an exciting new turn of events, this year we drove right across the country to Enniskillen, which is in the South West of NI.

Enniskillen is part of County Fermenagh, which shares a border with Southern Ireland. So for me it felt pretty strange to be that far from familiarity.

I’ll tell you now, no Linkens family trip is complete without a few visits to National Trust properties. Blame my mum, not me. On our first day, we visited a property called Crom. Here, you could hire out a boat (maximum five people but we got away with six plus a dog, rebellious), and take it down Upper Lough Erne to a town called Belturbet, which sits right on the border of Northern and Southern Ireland. We all got very excited that we had manage to sneak into Southern Ireland without a passport.

After Crom we visited Castle Coole, where there is an 18th-century mansion and a park, and then Florence Court, which has an 18th-century house and an estate. Both properties were fairly similar but very beautiful and had easy woodland walks for families which aren’t too challenging for those who just want a short ramble.

A highlight of our trip was our visit to the Marble Arch Caves Global Geopark. In groups, you can take a guided tour, and find out some information about the history of the caves and the geography behind the various rock formations. It is a very popular tourist spot, and the highlight for me was seeing what they called their ‘City of Atlantis.’ Here, the stalactites on the ceiling are reflected in the water surrounding the walkway, which is so still it looks as though there are also stalagmites coming up from the ground – and it does seem to resemble an underwater city.

We spent a week back in Belfast at the end of our time in Ireland, which I was much looking forward to until I was told that we were going to be climbing a mountain. Not just any mountain, but the tallest peak in Northern Ireland, Slieve Donard. It is 850 metres above sea level (that’s about a tenth of the height of Everest). Now, I could have refused to go. My sister did, and that was fine. Nobody asked me to go. But a stupid voice inside my head kept saying, “imagine how cool it’ll be to say you’ve climbed a mountain”. Screw you, determination. 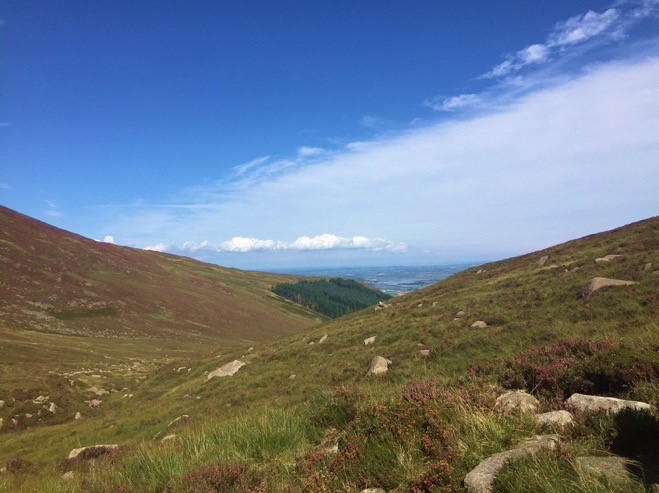 So I did it. But I won’t lie to you. Climbing that mountain was possibly one of the hardest and worst things I’ve ever done. Yes, I cried, okay? You don’t have to keep going on about it.

The first third of the climb is completely fine, completely manageable. You follow a lovely forest path, passing streams on your way. When you come out of the trees, there is a rocky path up to the second third, or possibly your second-worst nightmare. That part is tricky. That’s where I had my first breakdown. It’s a steep climb up to the Mourne Wall, which was built in the 20th century and runs down the sides of the mountain. But it’s the final third that is truly horrific. You follow the Mourne Wall up to the peak, that is if you don’t die in the process.

But honestly, the view was worth it. From the top of the mountain, the whole of Northern Ireland is laid out before you. You can stand on a pile of stones and declare yourself the highest person in Northern Ireland, if you want to. Would I do it again? Most definitely not. But will I be telling each and every person I meet that I have climbed the tallest mountain in Northern Ireland? Of course I will.