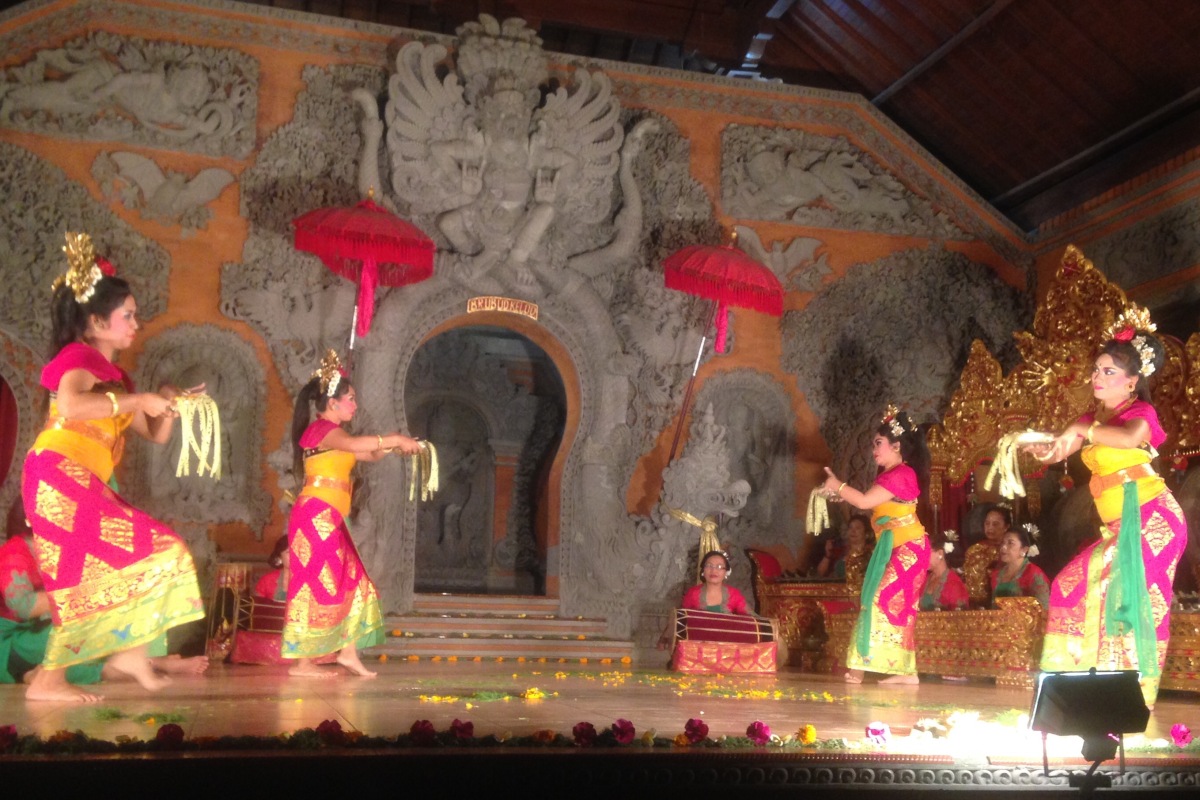 With an emphatic clattering of percussion instruments, the Balinese dance show commenced with the obscure and somewhat sinister tone which it would encapsulate throughout. It was a completely immersive musical experience – whether you find it enjoyable or not is down to your own personal tastes.

As the show commenced, each band member sat with their face set in stone looking forward, concentrating solely on creating the intricate but chaotic traditional noise which would soon accompany the dancers. The music took centre stage first though, with the group hammering away for about 15 minutes before any other performers joined them.

Though clearly painstakingly composed, honestly it sounded mostly like a pure wall of sound, which relentlessly blasted out in almost constant crescendo. Each time the song would culminate to a high-paced racket of drums and bells it seemed as if it couldn’t possibly continue – but continue it did.

Then came the dancing. Despite wearing traditional outfits of every colour, which are undoubtedly breath taking, and make-up which would make any drag queen look natural, it’s the performers eyes that really strike you. Not only are their bodies’ moves neatly and uniquely choreographed, but their eyes also move completely in time with them, sometimes seeming more important than their arms, legs or hands. They pull you in and hold you, in a manner which is equally fascinating and terrifying.

At some points the incredibly intense display might make you want to throw in the towel, but sitting back and appreciating it for what it is, it’s certainly uniquely beautiful. Each performer is fully living in the moment, undoubtedly very proud of the heritage which they are able to show to the ignorant onlookers.

As one of those who had zero clue what to expect when I went, I was taken aback. And, honestly, I couldn’t say for sure it’s something I’d watch again. But at the same time, I’d consider it completely unmissable if you’re in Bali. Go with an open mind, but potentially covered ears. You might regret it, but you won’t forget it.