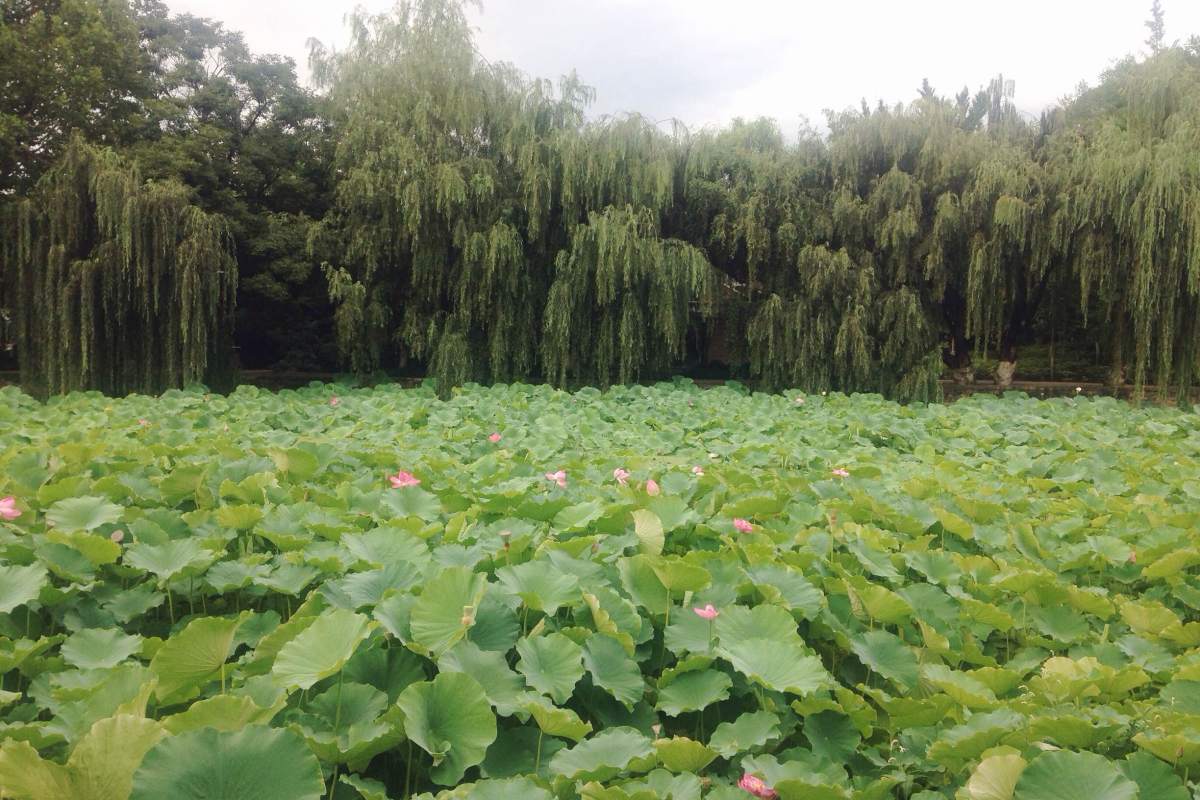 Last week started with a two-day long trek across Tiger Leaping Gorge, and then ended in back to back sleeper trains, as I travelled from Lijiang to Guilin. After non-stop journeying and sightseeing, I realised it was time stop feeling guilty for resting; so on our days in Lijiang and Dali, we bumped into a group of Aussies and all decided to go slow for once.

The Lijiang Old Town is a picturesque, though thoroughly commercialised, window to times gone by, where the inhabitants still peddle their goods to those passing through. We went once in the morning, when it was tranquil and relaxing, before the thick crowds filled its winding streets. Then at night its whole persona changed, with flashing lights parading around the swarms of shoppers and revellers, laughing and joking their way around the markets in a jovial manner. Whereas crowds such as these can sometimes be intimidating, the atmosphere here was warm and welcoming, with less pushing than you might expect and, as a Westerner, plenty of well-intentioned photo requests.

These calming mornings and giddy evenings provided a perfect time to rejuvenate ourselves before and after embarking on the gorge. Some may describe Lijiang as nothing but an unnecessary and perhaps tedious stop on the way to the true landmark of the region, but with a well-furnished and comfortable guesthouse, ran by a kind-hearted family, and the quaint walled market place, the stop was more than simply wasted time.

Following the trek of the Tiger Leaping Gorge, we took a relatively short sleeper train to Dali. The city itself to me is one of few I have visited in China I might actually wish to live in – as it is hugged by gorgeous mountains, and in turn embraces a gloriously still lake in its centre. Like Lijiang it has a quaint Old Town, which plays host to an array of food and trinket stalls, as well as some Western bars. These gave us a needed respite from the at times daunting culture we’d plunged ourselves head first into, and allowed us to meet travellers from across the globe, with whom we shared stories over our drinks.

On our second day we took a stroll to the lake, where we conversed and enjoyed each other’s company, slowly taking in the area on foot. We then sat at the lake a while, deciding against taking a boat tour in the full force of the sun or embarking upon a tough walk around it. We also chose not to take the mountain, after having our fill of heights at the gorge just a few days before.

At first I felt guilty for this dawdling, wishing I’d filled each day to the brim. In hindsight, though, I was granted some of my most memorable days, bonding with friends I’m sure we will keep in touch with, recharging ourselves a little, and avoiding any journeys by motorised transport.

China is gigantic, and with just five weeks here I have to accept my limitations. As much as I would wish to, I cannot see everything. And by missing certain things, opportunities for companionship I might have missed presented themselves, and the other trips have begun to stand out even more vibrantly in my mind. I’ve no intention of slowing down too much (who needs more than four hours sleep most nights really?), but now I won’t feel too guilty when I need to. While marauding across China there’s plenty of change, often though, unlike the proverb leads you to believe, it’s far from anything like a rest.